Spagyric Medicine for the Homeopathic Practitioner 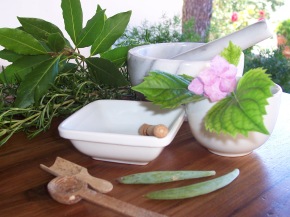 Spagyric Medicine for the Homeopathic Practitioner

Spagyric is an ancient healing art which was revived in the second half of the 19th century. It is well known especially in Switzerland, Germany, Austria, Belgium and Holland, and fast gaining popularity in many other countries around the world. It is a therapeutic method which does not primarily rely on physical substances but rather on their subtle energies opened up by a special process. In this regard, it resembles homeopathy. In fact, homeopathy’s very origin lies in spagyric.

Homeopathy did not emerge out of nothing. While Samuel Hahnemann and his coeval followers were at pains to underline the originality of their art, most of its underlying principles undeniably existed already in earlier forms of healing – especially in spagyric medicine as presented in the writings of the Swiss physician Theophrastus Bombastus von Hohenheim – better known as Paracelsus – who greatly popularized it in the 16th century and also coined the name by which it is known today.

The word “spagyric” is derived from Greek spao (to separate) and ageiro (to unite), which hints at this method’s entanglement with alchemy whose techniques it employs for potentiating medically effective herbs and occasionally other source materials as well. Similar methods are used in Asian countries like India, China and Tibet. Western spagyric tradition goes back to the work of the medieval Arabic alchemists. It breathes the spirit of alchemy and Hermeticism to this very day.

It was also the Arabic alchemists who inspired the Paracelsian theory of the three principles sulfur, mercury and salt. These are understood as universal categories of natural philosophy, applicable to both the Universe in its entirety (the macrocosm) and to Man (the microcosm). They refer to Man’s soul, mind and body, respectively, as well as to the oil, alcohol and mineral salts that can be gained from a vegetable. They were never confused with the chemical substances known by the same names, although the latter can be regarded as having a particular affinity with the three principles. Strange as this may sound at first, it should be well comprehensible to the practitioner of homeopathy, where the three principles are hidden in plain sight as Grandmaster Hahnemann’s three miasms. Therefore, psora’s most important remedy is sulfur, while syphilis finds its match in mercury; and although sykosis is most often associated with thuja, at least some experts have identified common salt or natrium muriaticum as a very valuable remedy in the treatment of this miasm.1

The close connection to homeopathy may be the reason why spagyric was revived especially thanks to homeopaths, such as Dr Carl Friedrich Zimpel (1801-1871). Zimpel in fact emphasized the use of homeopathy’s most widely applied herbs in spagyric, reverting for their preparation to the method given by the famous alchemist Johann Rudolf Glauber (1604-1670). It is primarily the Zimpel system that the author of these lines is familiar with and refers to in the following.

Unlike the remedies of traditional homeopathy, spagyrics are typically (although not always) used in combination with one another. Zimpel himself created a number of standard recipes that were applicable to a wide range of diseases. But nowadays, most manufacturers of Zimpel spagyrics (such as Staufen-Pharma, Heidak, Spagyros and Phylak) offer them as singular remedies that can either be employed as such or in combinations to suit any particular case.

The numerous spagyrics based on vegetables which are also used in homeopathic preparation have largely the same indications like the latter, hence a suitable spagyric remedy can be determined by way of traditional homeopathic repertorization. In classical homeopathy, at the end of a repertorization, how often are we left wondering which of the two or three highest scoring remedies is really the closest match for the case, or our simillimum! And even when we have made our choice, it is not unusual that we are less than satisfied as to our remedy’s coverage of all existing symptoms. However, using spagyrics, we can easily combine a few high ranking remedies (insofar they are part of the materia medica spagyrica) to form a medicine that addresses our case in toto. In a sense, spagyric allows us to create our simillimum.

Also, in homeopathy we occasionally experience that a patient continuously shows undesired reactions even to a carefully chosen and applied remedy and potency. In such cases, its spagyric equivalent is sometimes assimilated better and of immediate benefit.

Another approach used by this author is applying spagyrics in alternation with classical high-potency homeopathics. E.g., during the treatment of a complex case, the cleansing action of a spagyric may bring certain symptoms to the surface in well defined form which then allows to select the simillimum with great certainty and effect. Such a method resembles the alternating application of high and low homeopathic potencies by James Crompton Burnett in his highly successful organopathic treatments.

For that matter, it should be remembered that a vegetable spagyric may be applied specifically for cleansing and strengthening a particular organ, after the fashion of the French “drainage” schools of homeopathy. Here we are approximating the realm of phytotherapy.

It should also be borne in mind that spagyric includes herbs not commonly used in homeopathy, but well known in phytotherapy and/or aromatherapy. Therefore knowledge of these can and should be incorporated into spagyric practice. Even Dr Schuessler’s famous 27 “tissue salts” are now being manufactured as spagyric preparations by the company Heidak in Switzerland.

It is one of the strengths of spagyric that it draws from all these different systems and blends them in a truly “alchemical” way. One proven therapeutic approach is to combine at least one remedy out of each category (inorganic and/or phytotherapeutic, homeopathic, aromatherapeutic) into a combination that addresses body, mind and soul of the patient (or salt, mercury and sulfur). In this manner, spagyric medicine fulfils the ideal of a holistic system of medicine.

Advanced spagyric allows for and encourages a degree of creativity. It is an art as much as a science. While there is a wealth of experience available regarding its application, there are really no hard and fast rules. Zimpel said that each practitioner should find their “individually characterized handwriting”.

Similarly, even though there are general guidelines regarding the dosage and repetition frequency of spagyrics, the experienced practitioner may adapt these to a particular case. E.g., for particularly sensitive individuals or with remedies that have pronounced cleansing effects, it is often best to instruct the patient to dilute a number of drops in a glass of water and drink this gradually over the course of the day.

It is to be wished that spagyric medicine will be known and applied by homeopathic and other practitioners all over the world, providing them with another highly effective tool for healing.

I am a Swiss counsellor and therapist using Bach Flower Therapy, homeopathy, spagyric, astrology, tarot and visualization methods. I was first applying most of these methods during the 1990s in my work with psychiatric patients. I am currently writing a book that explores ancient natural philosophy from a modern perspective.

Please visit my blog https://michaelsternbach.wordpress.com where you can also find my contact information.

« Between the paradigms – Wilhelm H. Schüssler, and the tissue salts
The remarkable health care properties of advanced homeopathic DNA remedies. »

2 thoughts on “Spagyric Medicine for the Homeopathic Practitioner” 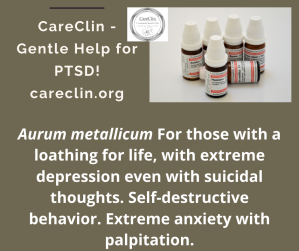 THE DIRECTORY – Connecting patients and practitioners! 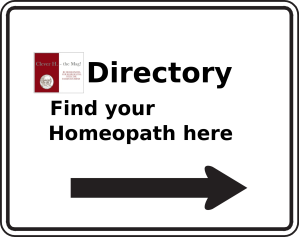