To explore the snake family of homeopathic remedies an extensive search of the literature was conducted. From this resource a PowerPoint presentation “Snake Remedies; their homeopathic identity” was produced and this paper is a summary of the key points from that presentation.

The University Library of the University of Central Lancashire proved a good source of Materias Medica. Searching online only produced copies of what had already been accessed in hard copy. Available only from online sources were the provings of Python Regius [1], and Boa Constrictor [2]. Although it was possible to identify some homeopathic journal articles via the University Library’s Athens and Ebsco systems, other articles were found using the Open University Library. The same search terms were used for each search. Full text articles were less easy to acquire via the internet, and the information that hard copy could be acquired via inter-library loan, came too late for this project.

The contents of the earlier Materias Medica e.g. Hahnemann (1811-1821) Hering (1879-1891) Allen (1880’s) and Clarke (1900) were used to create much of the content of the later works. This has had the effect of reinforcing the information from the earlier provings by repetition, but without additional proving information to augment the original symptom picture. The early authors give varying levels of detail of the proving findings. In Hering’s ‘Guiding Symptoms of our Materia Medica’ [3], the entries for Lachesis Muta and Crotalus Horridus read as a record of the proving symptoms, but without any information regarding the number of provers, or how many experienced each symptom; there is no bold or italic print to indicate frequency of symptom felt. This omission was corrected in Allen’s ‘Encyclopaedia of Pure Materia Medica’ [4]. He drew on original academic articles which showed the size of the original data sets. Allen [4] writes about 7 snake remedies of which only three – Elaps, (proved by Mure – (21) and Lippe – (1)), Lachesis Muta, (proved by Hering – (18), Robinson – (3), Fellows – (1), Metcalf – (1), Berridge – (4), and MM – (1)), and Naja (proved by Stokes – (14) and Russell – (12)) meet the Hahnemannian [5] criteria for proving (Aphorism 108) using potentised substances on healthy people. Clarke [6] indicates who proved the remedy, and whether it was by trituration or poisoning, but there is no information regarding the number of provers involved. The proving of Crotalus Cascavella is attributed to Mure and Higgins; Crotalus Horridus, to Hering, Stokes and Hayward. The work of Higgins on Elaps is mentioned, whilst Lachesis Muta is attributed only to Hering. The content of all these entries is fundamentally similar to later Materias Medica, but lacks the use of italics or bold type to indicate relative importance of symptoms. Because of these differences it has to be acknowledged that there may have been some editorial ‘weighting’ of the entries, and so the ‘simillimum’ may be slightly different to that originally envisaged by the proving data. It is perhaps, reasonable to assume that the weighting of symptoms subsequent to the original proving is based on case history, but there is no evidence to support this supposition. There is a lack of any formal ‘case history’ database to further extend the simillimum of the snake remedies. Sankaran [7] discusses his use of snake remedies in relation to miasmatic prescribing, but a combined resource would be very helpful. It would provide for snake remedies, what Hahnemann was able to provide for the remedies in his day – a body of case studies to augment the proving data, in an easily accessible and useful format.

1 Numbers in brackets indicate the number of provers in each study. 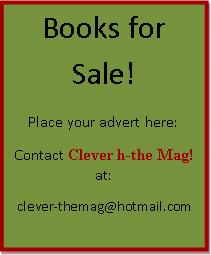 The original Materias Medica, written and published in the 19th and early 20th century, use language and concepts that are a reflection of those times. More modern publications have attempted to meld the language of the originals with more modern usage, but there is always a danger of something being lost in such a translation. Brewster O’Reilly [8] went back to the original documents of Hahnemann, written in an old style High German to produce a new translation in harmony with both the original concepts and modern linguistic understanding. The work of Murphy [9] and Phatac [10] being amongst

the most recent publications, are perhaps clearer and easier to use clinically than the very narrative style of Kent’s ‘Lectures’ [11] but since all recent Materias Medica borrow language from the earlier authors, there is a repetition of the original language as all texts contain a thread of what influenced the attitudes and opinions of the original authors. Hering and Kent were both influenced by Swedenborgian theory and this in turn influenced their approach to their own work. It is, important to bear in mind the influences on these early writers to fully understanding the context and meaning of their writings.

It has become increasingly useful to see remedies collated into groups or families of substances that in their homeopathic medicinal form show common characteristics. Gray [12] mentions that, in the profile of snake remedies a quality of the actual family is often attributed to one snake, namely Lachesis, probably the best proven snake remedy. Lachesis has a background of almost 200 years of clinical usage to confirm the proving which had been undertaken by Hering in 1828.

Snake remedy provings have brought forth common features such as jealousy, suspicion, feelings of persecution (Reichenberg-Ulman and Ullman, 2002), loquaciousness, sadness mixed with anxiety and worsening of symptoms on sleeping or awaking (Little, 1996-2007). But a differential diagnosis shows that Naja is less aggressive than Lachesis (Reichenberg-Ulman and Ullman, 2002) and has the keynote of sex improving all ailments (Posdzech, 2005). Cenchris becomes angry in the evenings and has delusions of being in 2 different places at the same time (Little, 1996-2007). Elaps is fearful of rain (Reichenberg-Ulman and Ullman, 2002) and Vipera experiences chest pains with feelings of cold and respiratory restriction, hypochondriac during the day and merry at night (Little, 1996-2007). Other key notes of individual snake-remedies are the weeping mood and loquacity with the desire to escape of Crotalus Horridus (Little, 1996-2007); Crotalus Cascavella has delusions and fear of ghosts and Bothrops has palsy of the tongue (Posdzech, 2005). These are all individual features that are unique to that one snake and are not shown in any other member of the family, and it is these distinguishable dissimilarities that a homeopath has to look for when searching for the simillimum.

In order to successfully use snake remedies in homeopathic practice it is necessary for the homeopath to develop a “sensitivity” for the individuality of each snake picture. If it is possible to sense, in a patient, what is different from the “family” picture, it is possible to distinguish that one snake remedy which may assist the healing process in the patient. But the remedy pictures of the newer or less extensively proven snake remedies are not familiar to all practitioners. Gray [12] mentions that Hahnemann, in his Organon, (Aphorism 162 to 200) takes the pressure of finding the exact simillimum off the practitioners shoulders by allowing the prescription of an “imperfect” similar. This, not entirely matching remedy, may bring forth some improvements and clarity to the case, pointing to the simillimum.

To apply the law of similars becomes exceedingly difficult because full information is only available for some remedies. To make out a totality of symptoms meaningful to homeopathic practice is therefore impossible for the smaller snake remedies. There is a need for re-provings to manifest the knowledge of the existent remedy pictures and there is the need for new provings of the smaller, unproven remedies.

In all the older sources the other snake remedy pictures are based on accidental poisonings. Toxicology data makes it possible to differentiate between snakes according to their venom which is neurotoxic, haemolitic or myotoxic. This method of ascertaining the action of a substance was noted by Hahnemann [5], but he considered it less useful in producing a full symptom picture – a simillimum (Aphorism 110; 111;112) This tendency to rely on toxicological data appears to have continued until the work of Farouk Masters [13] and others [1], [2]. Yet the actual number of provers remains small – Toxicophis Pugnax : Master(16); Python Regius : (32)[1], Boa Constrictor: (10) [2].

Many of the provings of the snake remedies have been neither extensive nor thorough. Such investigations do not give a broad and precise picture of the remedy. But it is difficult to obtain information through practice and experience because many companies producing and selling homeopathic remedies do not have the smaller, lesser known ones in their catalogue.

For the sake of the tremendous healing potential of snake remedies to those that have fallen ill, new provings and in depth study of the already existent remedy pictures are urgently needed. There are bound to be ethical issues on new provings of snake-venoms because the material used is derived from a highly poisonous substance but this should not deter the homeopathic community. The new information gained could be a valuable key to the re-instatement of a, by illness weakened, vital force.

Given the breadth and depth of action of known snake remedies, even with the uneven proving record, it is not unreasonable to suggest that, within the kingdom of snake remedies there may lie the simillimum of all the ills of man. Such a situation would not be without irony given that, for many people of the world, the snake is the harbinger of all these self same ills.

It could be your ADVERT here:

Maureen McElroy is a Classical Homeopath, trained at the University of Central Lancashire, where she graduated with a BSc (Hons) (First Class) in Homeopathic Medicine. Before she embarked on her Homeopathic career she worked as a Physiotherapist and latterly as a qualitative researcher within the NHS. Her involvement with homeopathy goes back over 30 years. As a wife, mother and grandmother, she has seen and experienced the benefits of this simple gentle healthcare system on children and adults of all ages.Her approach to homeopathic practice and prescribing is that of the founder. Samuel Hahnemann. She firmly believes that chronic illness is a reflection on the outside, conscious level of our being, of deep dis-ease within. She can be contacted at: 35 Kirkoswald Road, Maybole, KA19 7DX, Phone: 07952 983596  http://www.ayrhomeopath.co.uk/