A case of cystitis – antibiotics giving way to homeopathy

A case of cystitis – antibiotics giving way to homeopathy 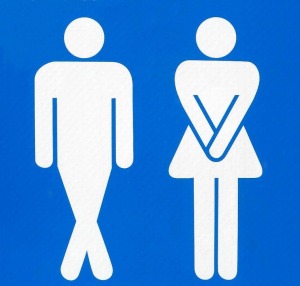 Anne* consulted me last May as she had been on daily prophylactic antibiotics for 8 years following bladder operations in both 2002 and 2008. Due to these not going quite as planned she now had to self-catheterise 5 times a day as was unable to pass urine.


She had been alternating between two different antibiotics but had recently been told that she had developed immunity to one of them and they were no longer effective for her to take. She was worried that by having to take them daily she may not be able to use them when really needed, and would really like to stop taking them. Plus, although she was taking them to prevent infections, she was still getting UTIs (urinary tract infections) so they weren’t working as effectively as intended.


11 months prior to seeing me, she’d had cystitis that took three courses of antibiotics to clear, although each time after she finished the 7-day course, 24 hours later she’d be back where she was with them again. She had been on and off extra antibiotics (additional to the daily prophylactic antibiotics since then) as well as other medication for various things.


Anne had been told she has IBS, symptoms were managed with diet more than anything although still suffered with constipation and diarrhoea at times.


Taking other symptoms into account, and aspects of Anne as a whole person (likes, dislikes, her character and how she is in the world) I prescribed the remedy Calc Carb 1M in a split dose (one tablet the first evening, one the night after) but also Apis to keep with her in case of a UTI.


I advised that I would not recommend coming off the prophylactic antibiotics until we had got the UTIs under control, and even then, only under guidance of the doctor who had prescribed them (or her conventional medical team involved).


She returned in June to update me that she’d been off the prophylactic antibiotics for 3 weeks but had had 2 UTIs in that time. The first one, one Calc Carb and some Apis had helped to clear it up but the second the Apis had not helped and she’d ended up on antibiotics again. I advised not stopping the prophylactic a/bs until further down the line when things were more settled, but was heartened to hear that we had helped at least one of the UTIs.


I prescribed Calc Carb in an LM3 dose to take daily, and some Belladonna for the UTIs (and as she was going away some Cantharis just in case the Bell didn’t help her).


She returned in July to tell me everything had been fine – taking the Calc drops daily and a couple of times had felt some irritation and had taken the Belladonna which had cleared that up straight away. Prophylactic antibiotics being continued. Sometimes having stomach pains and may have diarrhoea but not as often as before the remedy. A bit less constipated than before the remedy too.

Not getting an abdominal pain that had been getting before or the dragging feeling since taking the remedy.


In August we had a phone consultation, she had a UTI, tried Belladonna which hadn’t helped, advised to use the Cantharis which helped clear it up. Increase Calc Carb to LM4.


September (whilst touching wood) she told me had been brilliant whilst having been away, a couple of twinges and nothing else. She’d taken Belladonna on perhaps 4 occasions and had only needed one tablet each time.


She had also come off her amitriptyline which had been taking for several years to deal with anxiety that she’d experienced at a difficult time in her life. Was finding that Helios sleep remedy (that she’d got from her health food shop) was helping her if had a difficult night.

October was cystitis had been fine, feeling sick quite a bit though. Gave Kali Carb 1M


January sickness still there, was improving but very present. Gave Calc Carb LM4, Gaertner (which can be a really useful remedy where there have been a lot of antibiotics taken) and to take Carduus Marianus (milk thistle) before meals.


March – really good. No stomach pains and had been walking further (we had previously discussed more walking exercise) – up to 20 miles last week and 14 the week before. Nausea gone, she stopped prophylactic antibiotics a month ago (with the blessing of her Dr) and now only taking statins and blood pressure tabs. Constipation/diarrhoea same as had been for a long time, can get really uncomfy and gassy. Gave Calc Carb 1M.


Anne returned in April been away, lovely week away and lots of walking. The remedy had ‘been brilliant’ and digestion was a lot better. Still issues with diarrhoea and constipation but reduced from previously. Sleep was improved, not been getting up in the night. Re her original complaint, the UTIs, no problems at all and really happy about that.


The case is currently ongoing and there’s other things we’re looking at but a huge improvement and one happy lady.


*name has been changed

Em Colley [MARH, RHom, PCH, CEASE Therapist, BSc(Hons) Psychology and Neuroscience] has always had a keen interest in holistic health and found her way into homeopathy study back in 2003. Since then she’s been passionately studying, working, writing and sharing her love for homeopathy. She’s studied with Jeremy Sherr on his Dynamis course and supports the Homeopathy for Health in Africa project by fundraising and as an Ambassador for the NGO. Em is passionate about the positive promotion of homeopathy, working with several organisations on this as well as doing talks and workshops about getting out there into the world and talking about what we love doing. em@emmacolley.co.uk
http://www.emmacolley.co.uk/

« Magic Pills, In Search of the Evidence
The Real Costs of Doing Business »