A Case of Upper-Abdominal Pain in a Man of 24

A Case of Upper-Abdominal Pain in a Man of 24

Dr. Sahil Gupta shares a case of upper abdominal pain in a man of 24. Cutting pain and green vomiting after eating were symptoms that led to the simillimum.

This is a patient Mr. A, age 24 who came to me with severe pain in the upper part of his abdomen. There is cutting pain in the abdomen which radiates to the back. He was suffering from such pains almost every day and taking allopathic medications for that.  He was also suffering from fever on and off. He has severe vomiting which is of a greenish color. He vomits whatever he eats and food is unbearable to him. He was already hospitalized with the same complaints some months back, but with no proper diagnosis and treated with  allopathic medications. He was in great agony and pain, working throughout the day. He is nature a very quiet person.  As soon as he returns from his work at night, he gets fearful and restless. He complained of acidity burning in the stomach. He said that whatever he eats or drinks it turns into “tehzab”, meaning  like acid, like vinegar.

On physical examination I found tenderness in the abdomen. A few of his complaints drew my attention to rule various diagnoses. The symptoms were pointing to pancreatitis.

ANALYSIS OF THE CASE –

Appetite ++ but whatever he eats, he vomits.

The remedy must cover the severe cutting pain in the abdomen

Nausea and vomiting after every meal. Greenish yellowish bile comes out in the vomiting.

He also suffers from diarrhea, with greenish mucus in it.

He was suffering from extreme prostration and weakness, as he was gradually losing weight.

First we need a remedy that has an action on the pancreas.

Sleep – disturbed because of pain

All the rubrics were covered beautifully by Iris versicolor  and really confirmed the remedy was:

This is exactly what the patient told us!

We suggested he go for usg abdomen and report showed: 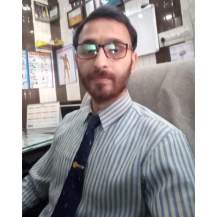 Author is Consultant Homeopath,Counsellor,Drug DeAddiction & Nada Acupuncture Detoxification Specialist graduated in Karnataka. His passion for homeopathy brought him to Punjab where he learned and worked with different techniques of homeopathy. He has a great interest in psychological cases. He is also working extensively in the field of drug de-addiction. He pursued a course in advanced counseling & guidance along with a Masters in psychology and a course in drug addiction. He is practicing in Jammu & can be reached at Sahil.gupta123892@gmail.com

« Piles – a minor symptom to a greater picture and the homeopathic treatment
Editorial: Mid-Winter 2020 »