Standard practice of homeopathy is not dissimilar to a visit with a doctor or any healthcare practitioner for that matter. An appointment is booked, patient is assessed, treatment option in the form of remedies and occasional dietary advice given. The patient goes off and if they comply then they get better or not. A follow up appointment is booked and the patient is seen again to ascertain what has developed and where to go from there.

Sometimes it happens differently! The following is a tale of how a little girl’s skin issue brings about great connection, compassion and healing to herself, her family and the homeopath that is 100% invested in helping her.

At the end of 2013, while living in London, I was building my practice through social media. At the time I was struggling with eczema and was encouraged to help others suffering with similar skin conditions, having first-hand experience I would be deemed an ‘expert’. In an effort to find patients, I joined Facebook groups and carved out my niche. On these groups I offered to run a free trial for up to 8 willing participants with eczema, they were asked to commit to 4 basic tasks:

The members of these groups were specifically looking for advice and solutions to helping with their eczema and other skin conditions for themselves or their children. Some seemed so stuck and almost desperate, taking any advice they could get. Most advice was given around conventional methods of treatment, which internal steroids or steroid creams worked which didn’t, there was some discussion about diet but very little was offered in terms of alternative medicines and in particular homeopathy. By participating in these groups, I was encouraged both as a practitioner and sufferer. In my desire to help I was particularly excited as I could speak to the ‘struggle’ and could give first hand advice on things that worked for me in the hope that they would work for others, fully understanding individuality and ‘not one size fits all’ approach. My natural enthusiasm wanted to recommend homeopathy straight away, however having a healthy understanding of scepticism of homeopathy, I was cautious and had to find the right timing.

While in the groups, there was a particular member that continually appeared, he had sound wisdom to share and seemed to know what he was talking about, more than many. It turned out that he had a little 3year old daughter that was suffering with eczema and he spent a lot of his time researching in an effort to help his precious little girl. We engaged and eventually I revealed that I was a homeopath and he was willing to become part of the trial. We arranged to have a Skype call, as they lived in New York, so we Skyped and began the process. After the first meeting with the ‘DOE’ family, we immediately bonded and I was invested in helping little Doe and her parents to assist her in overcoming her skin issues.

I took a full case and we investigated why she was afflicted with itchy, inflamed skin that she scratched until it was raw.

Development: Mum given progesterone at 35 weeks, jaundice at birth

Bowels – 2 times daily but constipated with some foods

Vaccines: Tetanus, diphtheria, pertussis and polio but NO MMR

Maintaining cause: the family had a cat, which they determined was aggravating the situation. They had him rehoused which resulted in some improvement, but the problem persisted.

Tx: We decided to detox from the vaccines as that appeared to be a likely trigger. Pulsatilla was also given

10 day later: skin was less red, angry and raised. Cold developed with running nose, appetite decreased and sleep disrupted. Some discomfort around using the potty and notable that she was worse with skin exposed.

We continued occasional contact and I continued to follow what was happening giving remedies accordingly: Calendula, Sulph and Thuja all playing a part in addition to the others.

We talked about miasms and clearing inherited and acquired blockages. I explained that it is not simply about the skin clearing, though this was the ultimate goal. Mr&Mrs Doe understood and were willing to carry on with treatment, though it was difficult at times to watch their little one suffer.

Eventually I moved back to Bermuda, where I currently live and I got news from the family that they were going to be travelling to the island. I was thrilled and we met one beautiful sunny morning for breakfast. It was a delight to meet this wonderful family in person and especially to see little Doe. We continued with our work though with less frequent calls and instant messages, the updates were encouraging. There were occasional setbacks in between but we all persisted. Some months later I travelled to NY and while there we met again. By now there was significant improvement in little Doe’s skin, and at their request, I agreed to start treatment with mum and dad for their various health challenges.

Mum: was trying to get pregnant again and suffered a second miscarriage (Carc, Sepia and Staph)

Dad: digestive issues based on emotional challenges during his college years. History of steroid over the years (Steroid detox and Silicea)

All in all they were healing together. In the mean time I was going through my own personal struggles with an ailing mother and providing her 24hour care. The family were aware of this and somehow helping with their situation provided an objective outlet for me, and I was still able to use my skills and passion for homeopathy to help them and also see other patients.

By summer of 2015 communication had become less frequent; the family was getting along nicely. My mother passed away and I was in the throes of my own grief and suffering. One day I received a care package from the Doe family, a beautiful scarf, that mum Doe had been knitting for a while. Delighted to receive such a thoughtful and kind gift thanked her and continued on with fond memories of them, each of us checking in from time to time. There was also news of the cat returning home.

Father D, in this time had developed an enthusiasm for homeopathy that I could personally identify with. So conversations turned from what to do about itchy skin and the use of calendula cream, to what college and on line courses are available to those living on the East coast of the US. Enchanted by all interaction with them, I found myself reassured that this family was benefiting at a deep level by homeopathy.

Moving ahead to 2018 (at the time of writing), with happier skin all round (for me included), according to mum:

“It’s been great being on this journey with you!!! We are all in a much better place. We tried getting pregnant for a year and a half. Sepia didn’t work but Eledone did.”

“…….we home birthed H (the baby), gave no vaccines, no antibiotics, we only eat organic, whole foods (still pretty much paleo) and she is still nursing and the baby has eczema! I guess it’s just hereditary”

“There has been much change and development but we still deal with skin issues (we’re working with a homeopath in NYC and an acupuncturist with Chinese herbs). Little Doe was dealing with a lot of anxiety caused by us when she was younger and when we all got treated homeopathically, I think our energies changed and D was able to grow into her skin………..Besides the leaky gut, there were a ton of emotions issues that have gotten much better”.

“I am so pleased that things have gone the way they have and yes it makes sense that little D ‘grows into her skin’. It will be a barometer for her stress and some day she will be completely free and clear. “

Mother Doe has started her own holistic fitness business and is happily helping other people to find happiness in mind and body.

All of this raises the question of ‘what is cure’…..is it a continuum? Is healing a journey out of suffering only when one truly embraces it, or does it occur by simply giving pills. Does it require face to face contact or can it be done over long distance with a screen barrier?

According to Samuel Hahnemann: Organon §1: The physician’s high and only mission is to restore the sick to health, to cure, as it is determined.

Whatever it takes to restore the sick to health………..for this family homeopathy continues to bring them connection, healing and freedom, in their own individual way.

The magic of homeopathy is a wonderful thing.

Note: There were 4 other people that engaged in the trial and only one other came close to following through in such an engaging manner and that is another story for a different article. 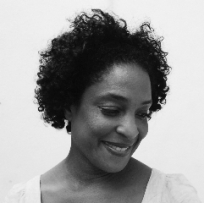 Mel developed a passion for Complementary Medicine over 20 years ago. After completing a Human Science degree she went on to study Homoeopathy which she thoroughly enjoys practicing to this day. Early on she realised that her calling in life is to help herself and others to be healthy, happy and free. Later she discovered yoga in India and it helped tremendously with her own health issues. This experience sparked a desire to teach and she completed the 200 hour training in 2011.

Homoeopathy is a talking therapy which explores the mental/ emotional side of illness and how this manifests physically whereas yoga is about movement and breath bringing the dimension of touch to the therapeutic interaction, bringing about change on a mental/emotional level. The two complement each other beautifully, giving patients the opportunity to transcend illness and transform into an improved state of wellbeing and health. Mel combines the two therapies, as well as the practice of Reiki and awareness of nutrition in a creative approach to healing.

Over the years there has been extensive travel, learning about different cultures and treating people with various health issues. Mel embraces language and culture differences and enjoys people. Celebrating the similarities between us and highly valuing pure communication fuels her desire to help. She considers her life journey one of fun, healing and devotion.

« Homeopathy for when the sun burns, the skin screams and the head aches…
Not Everything Is Yours To Do »